The North RIFF secretary on behalf of the North RIFF members, BIM and the DAFM wish to thank former RIFF members for their participation and contribution to the North RIFF and the NIFF over the past number of years. We hope that you will continue to maintain your interest in the RIFF process and bring any issues of concern forward through the RIFF representative in your area.

The members of the North Regional Inshore Fisheries Forum are:

Kevin has been fishing for 20+ years and is a new comer to the inshore sector. He has a keen interest in all fishing methods and how to improve and sustain any fishery going forward (v-notching for lobster, size management for brown crab and mesh size for whitefish). He keeps up to date with all the new legislation to do with the fishing industry and feels he is a good team player who is open to others views and opinions.

Ivan has been fishing for 35+ years and has fished using draft nets and pots. He previously fished for salmon before it was closed and now concentrates on lobster and crab. He has been a supporter of the v-notching scheme and has carried out a considerable amount of “voluntary” v-notching i.e. renewing grown out notches. Fishing is his main business. He has engaged with the local harbour master, Donegal Co. Co. and local councillors regarding matters of safety in and around the harbour. He is aware and supports environmental legislation which protects sustainable fish stocks. He is a member of the Dunfanaghy Community Tidy Towns Committee which as a coastal village is very aware of the impact of pollution and unsustainable practices on the marine environment.

Michael has been fishing for 32+ years and has worked on numerous boats fishing for salmon, crabs, lobsters and whelks and has dredged for oysters. He has been involved in both mussel and oyster farming and is aware of the rigours required to gain a license. He has and is a member of numerous organisations e.g. Malin Head Co-op, Greencastle Shellfish Co-op, Foyle Shellfish Co-op, Greencastle Pier Users Committee and Moville Port and Sea Scouts.  As part of Foyle Shellfish Co-op he is involved in the advisory panel liaising with the management of the Foyle in the Aquaculture Development Programme. He is also involved with the lobster v-notching scheme, the inshore sentinel vessel programme and has participated in various surveys with the Marine Institute.

Donal is a skipper/owner of an under 10 metre fishing vessel. His fishing activities include trawling and pelagic fishing and he is interested in the sustainable management of inshore areas. Donal also fishes on a large pelagic vessel, as the inshore vessel he fishes from is not feasible as a full-time operation. 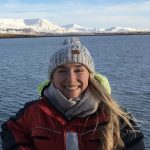 Finn is the lead IWDG marine mammal observer on the Killybegs pier extension project. She has a BSc Hons in Earth and Ocean Science, and MSc Hons in Marine Biology and is an accredited JNCC Marine Mammal Observer. Finn has a range of interdisciplinary experience (both land based and offshore) in biological sampling, chemical oceanography and sediment coring and previously specialised in deep cold water corals. Finn writes and speaks about marine science, climate change and sustainability for local and national press. She has a keen interest in fisheries science and sustainable coastal management.

Michelle has an MSc in Environmental Science and is currently working for Mowi Ireland as a Technical Supervisor, dealing with quality and environmental aspects in freshwater, marine and processing. Previously, she worked with Marine Scotland on research vessels and as an observer on commercial boats, with the Northern Regional Fisheries Board/Inland Fisheries Ireland and Donegal County Council’s Environment Section. She has been a volunteer with the Irish Coast Guard since 2002 and was Officer in Charge for 8 years. Michelle enjoys fishing and has fished for Ireland on the Irish Ladies Fly Fishing Team.

Jerry is from Arranmore Island, Donegal and is married with three grown up kids. He has represented fishermen and fishermen’s groups for almost 15 years. Much of his time has been spent lobbying for the inshore sector to get a fairer slice of the action. He has built up good relationships within the sector and will continue to fight hard for the inshore sector in all the challenges that we face.