The members of the West Regional Inshore Fisheries Forum are:

Michael is the nominee of the Galway Island Fishers. He is involved in community and island issues and is chairman of Comharchumann Forbartha Árainn the community Co-operative in Inis Mór. 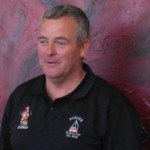 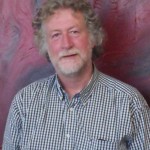 Ger is the Chair of the West Clare Lobstermen’s Association and is the fishermen’s representative on FLAG West. He was also the founder of the of the now defunct Irish Lobster Association and is involved in the national V-nothing scheme. 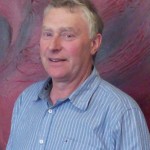 Michael is he nominee of the Irish Shellfish Association and is the aquaculture representative on the West RIFF. He is a mussel and oyster farmer in North Connemara and is a member of FLAG West. 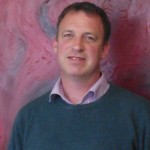 Luke is the nominee of the Irish Charter Skippers Association and he operates the charter boat “Clare Dragoon” from Carrigaholt, Co. Clare  He is a former fishermen who owned the gillnetter MFV “White Bank”.

Loic is the nominee of the Crustacean Management Committee. He is the Managing Director of Breizon Teo. based in Rossaveal, Co. Galway. Breizon Teo. is one of the largest buyers and exporters of shellfish in Ireland.

Michael was nominated by the West Clare Lobstermen’s Association. He is the owner/skipper of the MFV Prue Ester G573 and fishes for lobster, crab and gill nets for whole fish when the opportunity arises.

Ronán Flaherty was nominated by Fishers in his coastal region. Ronán is from a well-known fishing family and is inshore fisherman himself for twenty years. He fishes with both a large and small inshore vessel depending on weather and targeted species. He is a member of Coiste Ghliomach Chonamara and involved in the V-notching conservation scheme.

Joe Joyce was nominated by Fishers from Oileáin Árann. Joe has been fishing for 15 years now and launched his own seafood processing/retail business a few years ago. Joe lives among an island community and believes the inshore fisheries will play a vital role for the sustainability of the Island and rural communities into the future.

Jason O Flaherty was nominated by Fishers in his coastal region. Jason has been fishing since he left school and fishes lobster, crab, and line fishing for pollock. Jason is an annual participant in the V-notching conservation scheme.